What Are the Complications of Untreated Sleep Apnea? 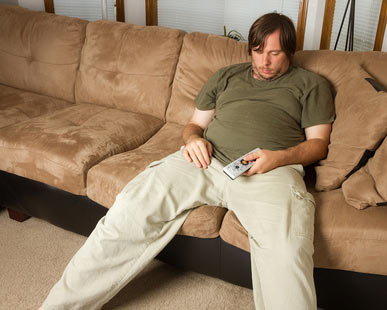 In this page you'll discover the most common sleep apnea complications that can affect you life permanently.

It is often unclear whether the complication is a caused directly by sleep apnea or a symptom of sleep apnea.

For example, obesity is often considered an associated feature in older children. But persistent sleep deprivation may result in weight gain, leading to decreased airway size, which predisposes to sleep apnea.

The most dangerous side effect from sleep apnea is heart complication, which can be deadly in severe cases of the sleep syndrome. This video explains more about complications from untreated sleep apnea:

The hypercapnic respiratory failure is an infrequent but well-recognized complication of sleep apnea. It may present with early morning headaches in addition to excessive daytime sleepiness and other features of sleep apnea.

Hypercapnia in sleep apnea occasionally occurs in those who live alone, in whom the lack of family and friends delays a fast diagnosis until an advanced stage in the natural history of the disorder has been reached.

That's why the support of the spouse and family is so precious, because the patient with sleep apnea is not aware of his problems until it's very late.

Gross obesity causes narrowing and intermittent obstruction of the upper airway which increases the effort of breathing, but other effects such as:

Chronic lung disease - such as chronic bronchitis and emphysema, may cause hypoventilation when it occurs with obstructive sleep apnea.

In neuromuscular disorders, the weak chest wall muscles may be unable to compensate for the increased work of breathing through a narrow upper airway.

Due to a weak chest wall, hypercapnia and hypoventilation can develop, particularly if the sleep apnea patient is also obese, takes sedative or alcohol.

The most common neuromuscular disorders which cause hypercapnia with obstructive sleep apnea are:

Cardiac dysrhythmias are common if there is a pre-existing cardiac disease like ischemic heart disease.

The cardiac dysrhythmias include:

These dysrhythmias are most common if the oxygen saturation falls below 75% (which often happens during sleep apnea episodes) and during REM sleep.

However, these disorders will be less common once the CPAP is started.

Myocardial infarction is one of the sleep apnea complications that can also cause death.

The association between obstructive sleep apnea and myocardial infarction may be due to:

Stroke in patients with obstructive sleep apnea occurs most frequently between 6 and 8 am, suggesting that they are associated with the process of awakening.

Hypertension in sleep apnea patients is mainly due to sustained increased sympathetic activity during the day as a result of intermittent hypoxia at night.

It is often common in patients with sleep apnea between ages of 30 and 50, possibly because of a greater sympathetic reaction to hypoxia in this age range, and can be drug resistant. However, hypertension can be treated with CPAP treatment.

Pulmonary hypertension develops due to the changes in pulmonary artery pressure during each apnea episode.

Together with hypercapnia and hypoxia, pulmonary hypertension can lead to right heart failure.

Another problem is that it's difficult to be treated with CPAP, because persistent pulmonary hypertension causes structural changes in the pulmonary circulation.

Death is the most severe risk factors from sleep apnea complications. The incidence of death as a result of sleep apnea is unknown, but there is an association of obstructive sleep apnea in patients with a family history of sudden infant death syndrome (SIDS).

Although it's unlikely that SIDS represents a pure form of sleep apnea, some characteristics of this disorder may lead to death in these infants.

In general, we can speak about sleep apnea death only limited to the extreme cases, when OSA is associated with other medical or surgical conditions.