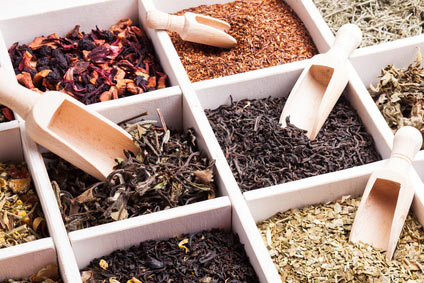 In this page you'll discover the most common natural remedies for sleep apnea that can improve your sleep breathing disorder.

Herbal remedies are used worldwide for sleep disorders and can be an effective and safe solution as long as the problem is not severe.

The natural approach for sleep apnea is likely to work in mild cases, relieving or at least improving the sleep disorder with additional helping techniques and lifestyle changes.

Most herbal, ayurvedic and other natural remedies described in this page can be safely used at home. However, if self-medication proves ineffective, seek professional advice.

Cases when herbs can cause side effects

You should consult the healthcare provider or complementary medicine practitioner before taking herbal remedies. This is especially important because some remedies such as melatonin interact with herbals like valerian and prescription medicines.

Valerian is an herb that is used for its calming and sedating properties. Studies show that it is useful for insomnia and chronic sleep disorders. It may take a few weeks to get the optimal effect.

In one clinical trial, 44% of those taking valerian reported having perfect sleep, while the rest reported improved sleep.

Some studies have found benefits with valerian when it is combined with hops and/or lemon balm. It is generally well tolerated, and does not cause next-day drowsiness when taken at bedtime. It is not recommended for use in conjunction with prescription sleep aids.

Melatonin is a natural hormone that is secreted from the brain's pineal gland. The gland regulates a person's biological clock, particularly day and night cycles.

Although melatonin is not yet licensed in some countries (ex: UK), it is generally used as a jet lag remedy. Research suggests that it may be helpful for people flying across five or more time zones, especially if they are flying east.

For more info on melatonin, see Melatonin Side Effects.

In 2002,some Japanese researchers reported on the case of a 44-year-old male who was successfully treated for obstructive sleep apnea by taking a Kampo extract, or traditional Japanese herbal formulation.

This extract was administered 5.0 g/day, at bedtime. Sleep apnea started to improve after 10 days, and after 7 months there were no adverse effects.

Combined with Valerian, St John's Wort can promote sleep and relaxation in people with depression or nervous exhaustion, which is common in patients with sleep disorders.

St John’s wort has about 30 clinical trials showing positive results in lifting depression, and a remarkably low incidence of side-effects.

It can be taken as an infusion or extract and generally needs to be taken for at least 10 days before its antidepressant activity takes effect.

Do not take St John's wort if you already take antidepressants or antibiotics. If you are already taking prescribed medication, consult a medical herbalist first.

Vervain is used to relieve anxiety and depression, a remedy for people who are overbearing or overactive mind, and can improve mild sleep apnea symptoms.

Although vervain is used in homeopathy to treat sleep apnea, there is no clinical evidence to support the efficacy of this medicinal plant.

Passionflower is another plant commonly used to improve sleep disorders. In Europe it often used as a mild hypnotic and sedative to calm the nervous system and promote sleep.

This herb is often combined with other medicinal plants (scullap, peach leaves, californian poppy and hops) to increase effectiveness. It is also combined with Valerian tea or pills.

Passionflower is not recommended for patients with depression, as it will intensify this symptom. People with severe sleep apnea may also have signs of depression, so they should avoid taking this herb.

Chamomile flower is a gentle, relaxing and antispasmodic herb and, along with peppermint tea and lemon balm (melissa), is a frequent table tea especially in France and Spain. It has an apple-smelling aroma, and is also called manzanillain Spain, or "small apple".

The chamomile tea was used for hundreds of years as aid for children with sleep problems. This herb also calms your body and helps to relieve pain, including those caused by digestive problems.

Ayurvedic remedies for insomnia include scalp and soles massage with sesame, brahmi, or jatamamsi oils, a warm bath, or a nutmeg ghee paste applied to the forehead and around the eyes.

If you are using natural remedies for sleep apnea or for other conditions, you should always tell your doctor what you're taking, how much, and how often.

This warning is important because some herbal preparations, or other natural remedies for sleep apnea that are safe for yourself, can interact with prescription medications.