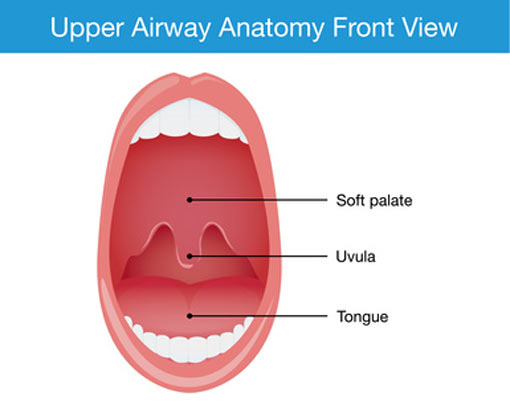 This article contains information about uvulopalatopharyngoplasty surgery for sleep apnea, where you can discover:

According to research studies, this surgery is mostly effective in treating snoring, but it has low success rates in eliminating obstructive apnea.

Let's learn more about this surgery, to understand why it has a low success rate, and what can you do if you want to have the UPPP surgery.


What is Uvulopalatopharyngoplasty Surgery?

UPPP surgery has the goal to enlarge a specific portion of the airway and prevent snoring and airway collapse. The surgery involves trimming of the bulky soft palate (tissue that hangs at the back of the roof of the mouth), and is often performed in combination with removal of enlarged tonsils or adenoids.

Because the human soft palate has many physiological functions, there is a side effect of altering some of these functions after this surgery is finished. However, if the surgeon has a gentle surgical technique, the normal function of the soft palate can be persevered by saving the palatal muscles.

Here are some important physiological functions of the soft palate:

In the following video you will see how the surgeon is trimming the soft palate and the tonsils in a UPPP sleep apnea surgery:


How Effective is UPPP Surgery for Sleep Apnea?

Although uvulopalatopharyngoplasty is effective for snoring (76-90% success rate), according to the American Academy of Sleep Medicine, the efficacy of UPPP surgery for sleep apnea is much lower.

In Surgical Management of Sleep Apnea and Snoring book, the author mentions that surgical UPPP success is claimed if your apnea hypopnea index AHI drops by 50% after the surgery.

So, if your AHI is now 20 - which means you have moderate sleep apnea - a surgical success would leave you with an AHI of 10, which equates to mild sleep apnea and you still need a treatment afterwards (CPAP).

The problem with these success rates is that they are usually determined by a sleep study many weeks post surgery (3 to 6 months). If your sleep apnea is not completely treated, it will deteriorate from the mild form (right after surgery) to moderate (from 3 months to 5 years).

Improving your chances for success with UPPP

It's necessary to obtain a sleep study before and after UPPP surgery, to document your sleep disorder severity, and the changes made after the surgery.

One other thing... If you are the type of patient who needs a surgery to treat sleep apnea, you can have greater chance of success (almost 80% success rate) if uvulopalatopharyngoplasty is combined with other surgical procedures that also involve the base of the tongue.

This multi-layer pharyngeal surgery is recommended in patients with AHI greater than 20 and includes:


What Type of Patient Can be Helped with UPPP Surgery? 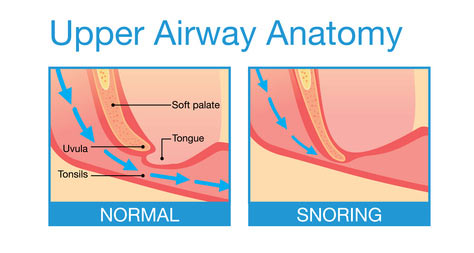 UPPP is not for everyone. In fact, this surgery alone is appropriate for only a small fraction of apnea patients. But how the doctor knows if you can have success with UPPP surgery?

A study published in Chestjournal was conducted to determine which type patients have success with uvulopalatopharyngoplasty. The authors of the study looked at records of 46 patients who had undergone UPPP surgery, and they discovered only 16 patients (35%) with successful cure for sleep apnea.

Remember that success in curing sleep apnea with UPPP means:

If 35% of the patients had success this surgery, only 18% achieved a postoperative AHI less than 10.

After this study, the researchers found that patients with greater chance for success in UPPP surgery have:

Opposite to sleep apnea, the success in treating snoring is much greater - 83% or even more.

Here are the most common complications after UPPP surgery:

After UPPP procedure, no CPAP air pressure (higher than 13 cm water column) can be applied to the nose without creating an air leakage through the mouth.

Remember than you may need CPAP after surgery, if your AHI >  5.

If you're interested in having this procedure done, you will definitely need to take 2 or 3 weeks off of work. From the experience of other patients, my advice is to be prepared for the worst pain you will ever meet (in a normal life).

After surgery, the patient has to remain in the hospital at least one night to assess the pain, the ability to eat and to tale oral medications, as well as to be monitored overnight with a pulse oximeter.

The pain is controlled in general with analgesia pump using morphine, and then the patient will take low dose of pain medication and gradually increased.

Keeping hydrated is very important, even if it hurts to drink water. You do not want a dry throat under any circumstances.

The days 4 to 6 are the worst in the UPPP recovery period, because the regenerative tissue build up is starting to wash away and the sores are getting more direct pressure.

If obstructive sleep apnea is not completely treated (which is not a rare phenomenon - 50% chances, remember?), patients are advised to use their CPAP at home in the post-operative period. However, removing the soft palate tissues makes the CPAP difficult to use.

A polysomnogram is necessary to be performed 3 months after the uvulopalatopharyngoplasty surgery, to check the effectiveness of the surgery on sleep apnea.