Discover the Difference Between Sleepiness and Fatigue 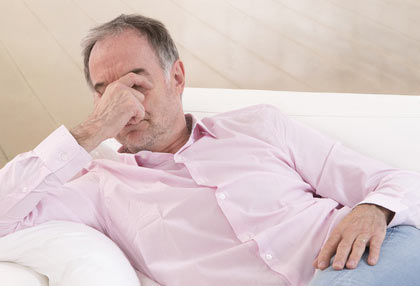 Chronic Fatigue (also called myalgic encephalomyelitis or ME/CFS) is a syndrome where a person feels very "tired" no matter how much he sleeps or rests.

Some persons confuse excessive fatigue symptoms with excessive daytime sleepiness. They don't know exactly what are the difference between them, and they try to treat their fatigue with ineffective treatments.

The difference between Fatigue and Chronic Fatigue

Fatigue is the inability to sustain an effort which may be emotional, mental or physical. And if you try to cure your fatigue with sleep you'll see that it doesn't necessarily work every time. However, sleep normally relieves sleepiness.

Sleepiness is not fatigue. It's a common symptom that can appear in certain circumstances such as relaxing after a meal in the early afternoon, and a short nap can relieve it.

However, if you feel fatigue and try to sleep, you'll realize that it's difficult to fall asleep. And this happens because you're not sleepy.

Scientists know that if you have at least six months of persistent fatigue that substantially reduces your level of activity, then is very probably to have chronic fatigue syndrome.

This is video is from a patient with chronic fatigue syndrome and explains how do you feel when you have this disorder:


What are the Chronic Fatigue Syndrome Symptoms?

These words clearly reflect the diminished quality of life of people with chronic fatigue syndrome. However, a person with a normal form of fatigue may use other words to describe his or her complaints, such as:

Fatigue appears due to abnormalities within the central nervous system. The symptoms of chronic fatigue are involved not only with coordination and anticipation of movements, but also with understanding and processing the information from around you.

There are certain disorders that cause these abnormalities, such as:

Others Symptoms from Chronic Fatigue Syndrome

In addition to those words of complaints, there are at least four of the following symptoms that appear when you have chronic fatigue syndrome:

More about the chronic fatigue syndrome symptoms can be found on this video from NHS:


The Link Between Sleep Apnea and Chronic Fatigue Syndrome

Scientists have widely reports about the link between sleep disorders and chronic fatigue syndrome.

Moreover, they found that about sixty percent of the patients with chronic fatigue syndrome have or had a primary sleep disorder such as sleep apnea or hypopnea syndrome.

Almost every person with chronic fatigue complained about restless sleep, insomnia, and difficulty to maintain the sleep.

This is an interesting question that scientists tried to answer. They selected two groups of patients:

The scientists compared these two groups, evaluating their behavior. There where no difference between them.

Next, the patients with chronic fatigue and sleep apnea were offered a three month treatment program with CPAP.

And now, let's find their answer: after their three month period, the patients who had CPAP treatment where compared with those who din not have any treatment. There was no difference between their chronic fatigue syndrome symptoms, although their sleep apnea was treated.