The Most Common Reasons for Excessive Fatigue 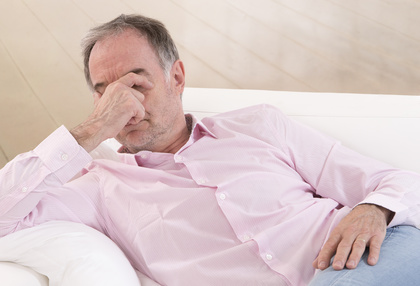 Discovering the causes of extreme fatigue can be difficult if you don't know the distinctions between fatigue and sleepiness.

The question is: "Are you tired, sleepy, or fatigue?"

In this page you will learn:

What is Severe Fatigue?

Feelings of excessive fatigue, tiredness and sleepiness have different descriptions. Explaining correctly how do you feel to your doctor may be critical to find the real causes of extreme fatigue.

Let's learn how can we make the difference between extreme fatigue and daytime sleepiness:

According to Sleep Disorders and Sleep Promotion in Nursing Practice, fatigue means an overwhelming sense of tiredness, lack of energy, and a feeling of weakness linked with physical or psychological problems.

In simple words, fatigue is an unpleasant feeling that describes sensations of muscle weakness and low energy, but without having sleepiness.

Fatigue is something that you feel when:

People with fatigue usually want to rest, sitting down on a chair, or laying down on the bad, but without wanting to sleep.

Sleepiness, is the tendency to fall asleep during the day. A person with excessive daytime sleepiness has the desire to fall asleep or has unintended episodes of falling asleep in during daytime.

Compared to fatigue, sleepiness is in general a pleasant feeling of drowsiness. It makes you lie down, close your eyes, and fall asleep. This sensation is occurs in general before falling asleep.

Differences Between Fatigue and Sleepiness

Understanding the differences between sleepiness is important for finding an effective treatment, especially in insomnia.

For example, many patients with insomnia try to fall asleep when they feel tired but not sleepy. Moreover, they take sleeping pills to which do not cure their problem, but it may aggravate it.

Insomnia is one of the most common causes of extreme fatigue. It is a syndrome where the complaints are:

Due to lack of refreshing sleep, insomnia will also cause excessive daytime sleepiness, which can affect important activities such as driving or working. 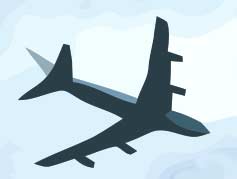 Jet Lag is another cause of extreme fatigue. It appears when you force your body to change his body clock faster than normal. This can happen in air travel across several times zones.

Symptoms of Jet Lag are:

Delayed Sleep Phase Syndrome (DSPS) causes extreme fatigue mainly in the morning, because the person with DSPS has sleep onset and waking times delayed by couple of hours compared to normal people.

This person feels sleepy and goes to bed very late, at about 2 - 6 am, and wakes up at 10 am to 1 pm. This syndrome is most common in adolescents and young adults, but can occur in any age.

If your breathing less, the oxygen level drops and carbon dioxide levels build up, causing morning headaches, nausea, fatigue and sleepiness in daytime.

Type 2 Respiratory Failure is responsible for causing extreme fatigue, shortness of breath, loss of energy, sleepiness, insomnia, nightmares, and headaches in the morning.

Hormonal Imbalance is one of the common causes of extreme fatigue:

Hear failure often causes feelings of daytime fatigue and sleepiness. During sleep, patients with heart failure can experience shortness of breath or longer pauses in breathing because of poor circulation to the brain.

Sleep Apnea is common in patients with heart failure and also affects the quality of sleep.

For more info on diabetes in patients with sleep apnea, see Sleep Apnea and Diabetes.

Cancer has many factors that causes excessive fatigue, such as: 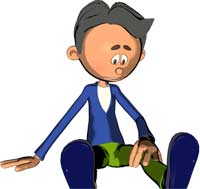 Depression can cause insomnia, restless sleep and fatigue. In addition, OSA and depression are common causes of extreme fatigue in patients with severe sleep apnea.

If you snore during sleep and you are depressed and excessive fatigue during the day, you should suspect obstructive sleep apnea. Treating OSA will help tremendously in alleviating depression.

Seasonal Affective Disorder (SAD) is present during winter, when it's getting dark sooner than in the summer.

The are a multitude of SAD symptoms, such as:

These symptoms occurs only in winter, and excessive fatigue and sleeping problems last a shorter time than depression which last until February.

Stroke leads to sleep problems and fatigue symptoms during the day. Fatigue is found in 3 to 4 in 10 patients with stroke, but excessive daytime sleepiness is also common in about 2 to 4 patients.

Furthermore, people who have a stroke may develop shortness of breath during sleep, or pauses in breathing, which can lead to extreme fatigue and sleepiness during the day.

However, sleep disordered breathing, such as sleep apnea, can also cause stroke.

If the patient snores or have sleep apnea, this can increase the levels of fatigue.

Brain surgery can lead to fatigue if the brain tissue was damaged. However, fatigue is also common in any other major surgery, and it may take months to recover your energy levels.

Some medications used after surgery can also increase the fatigue and sleepiness levels.

Post Polio Syndrome causes extreme fatigue by increasing the weakness of the muscles that control breathing. This can affect the normal breathing during sleep, lowering the level of O2 and increasing CO2 levels.

Feelings of morning headaches, daytime fatigue and low appetite are common in patients with post-polio syndrome. Furthermore, sleeping problems can increase the weakness of the muscles. 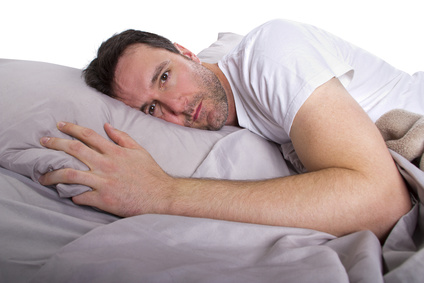 Sleep disorders are not only common causes of extreme fatigue, but also for excessive daytime sleepiness.

A patient with extreme fatigue associated with a sleep disorder often takes naps, but are usually non-refreshing. In fact, no amount of sleep relieves these symptoms of extreme fatigue.

Mild sleep apnea can also cause fatigue and sleepiness. Patients with mild OSA can be helped with alternative treatments, such as positional therapy. However, the most effective treatments are weight loss (in overweight patients) and CPAP.

Other Causes of Extreme Fatigue - Medications

This self-rated test can help you assess the severity of your fatigue symptoms in different aspects of your life. You have to rate each item from 1 (strongly disagree) to 7 (strongly agree). The higher the score, the greater the fatigue.

It was established that a score of 3 is the limit between normal and abnormal fatigue levels.

Furthermore, if the test shows 10 or more, you should avoid driving. Daytime sleepiness peaks during the mid-afternoon hours, and traffic accidents are usually common during these times.

Summary on Causes of Extreme Fatigue:

Fatigue is different from sleepiness, and is associated with feelings of tiredness, exhaustion, weariness, and lack of energy. Some people with extreme fatigue think they are sleepy, although they don't have the need to sleep.

Causes of extreme fatigue include a wide variety of medical, psychiatric and neurological disorders, including multiple sclerosis and autoimmune disorders.

That's why is important to visit your doctor if you feel extreme fatigue every day for more than 3 weeks.

There are important tests to reveal the underlying causes of extreme fatigue, including nocturnal polysomnography followed by a Multiple Sleep Latency Test (MSLT).

These test are very important to identify exactly what are your causes of extreme fatigue and how severe they are. After you have all the information from these tests, your doctor will know what is the most effective treatment.